Leading for Agility - Reflections from Our Conversation Series, Dublin

In the latest of our Conversation Series exploring key business and people topics, we convened a group of clients and friends recently in Dublin to discuss the theme of Agility, and in particular, how to Lead for Agility. Many of our clients are leaning into and responding to the complexity and ambiguity of a demanding marketplace and so we had a vibrant and insightful evening together!

We heard from Dr. Martin Fellenz, of Trinity College Dublin who noted, “Agility is about responding in ways that open possibilities”, and that what holds us back from responding with true agility is often more about our own inner ‘rules’ and habits than anything else. We also heard from Sharon Buckley, Commercial Director at Musgrave, who shared her insights on how she has led her business through preparing for Brexit by adopting the agile practices of facing into challenges early, building trust and keeping things simple. Sheppard Moscow Partner Johnny Kelleher then shared some perspectives from our own practice - the importance of listening and being curious, building conditions (and psychological safety) for creativity and working well with ambiguity and paradox.

What became clear from all of these sessions was that agility, as well as being about lean processes and better decision making, is also, and more importantly, about the human interactions, mindsets and behaviours of leaders and teams. So what follows is a summary of some of the more ‘person-centred’ insights from our discussions that evening, especially with regards to what can hinder leading with agility, or indeed, what can really help. 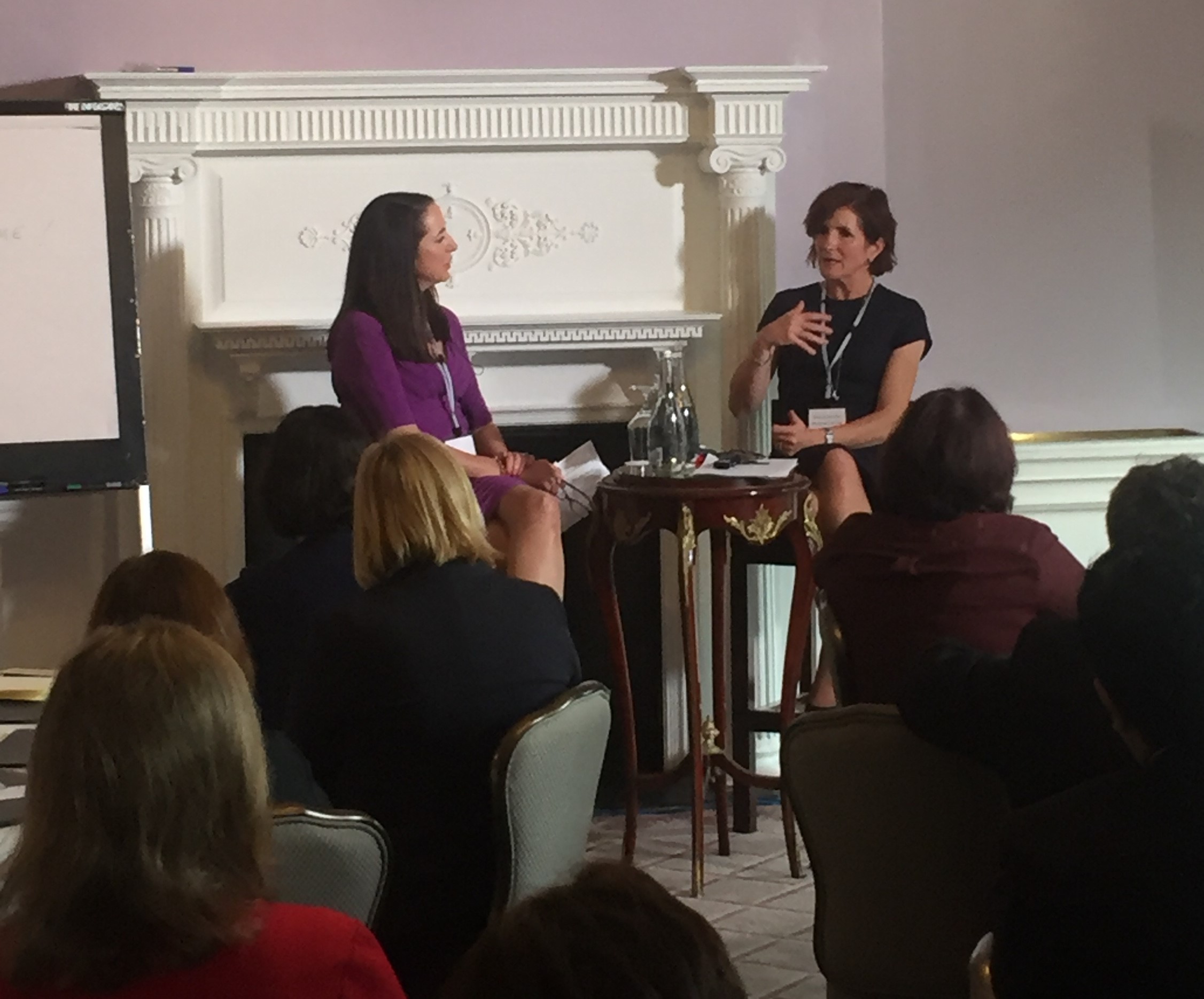 What are the obstacles to leading with agility?

Many organisations represented at the session had become successful and had expanded over the years through the development of ‘operational rigour’ and uniform processes. Thus, asking people in these settings to transition away from this to a more emergent, experimental way of working was really challenging: the understandable and often unspoken response is “Why would we let go of what has made us successful?”

'it’s hard to be agile when you’re already trying to build the runway at the same as flying the plane.’

We talked about the inherent strains for people as they move away from being ‘expert’ and managing what is known and plannable, to a more ambiguous frame where there are no ‘right answers’ but rather experimental solutions that need to be discovered, negotiated and navigated. ‘Letting go’ is hard to do – letting go of orthodoxies, certainties and reliable patterns. At the same time - a number of people cited ‘too many rules’ being a challenge for those who want to lead for agility. Over-regulation, the organisation’s own control mechanisms, and ordinary everyday busy-ness can also get in the way. As one of our clients put it, it's hard to be agile when you're already trying to build the runway, at the same time as flying the plane.

So, what skills do you need to be an agile leader?

People shared experiences of more fluid team boundaries, encouragement and structures that promote cross-organisational collaboration and more transparency in communication. The thinking was that, rather than hard rules, the people we are leading ‘need guide-rails and accountable freedom, to enable them to respond and experiment’. We also heard that looking for role models who exemplify the growth mindset and learning from past failures can help.

...was the rallying cry from one of the discussion groups.

We wondered, what do leaders need to do to break their habits and tap their latent agility? What practices and routines would they need to enact and follow to be more agile? People talked about the need to find a balance between agility and accountability. The power of feedback and the need to seek this regularly and remain open to it was named as an important factor for leaders to tune into in order to remain agile. ‘A North Star’ i.e. a guiding purpose and core values and intentions were also cited as really essential to keeping that balance between agility and accountability. And in terms of the state of mind and state of heart required at the core of leading for agility, curiosity and openness to being vulnerable were identified as key.

The secret to leading with agility

Our shared conclusion was that there is no one right way to become agile in your leadership style. Rather it is a ‘both/and’ approach. For example, needing to blend the discipline and rigour of helpful nimble structures and accountabilities and planning on the one hand, with the space and opportunity for experimentation, review and adaptation on the other. And finally, but crucially, adopting an open mindset underpinned by forgiveness, curiosity and the ability of ‘knowing and unknowing’. 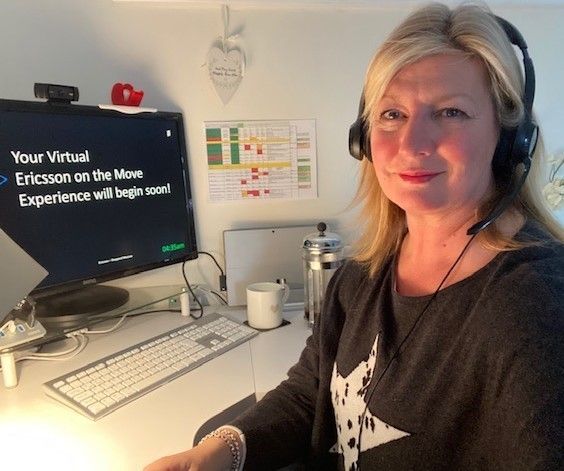 Of course working virtually has been a fact of life for many years for most of us. We have group meetings and use the various tech platforms to share documents, brainstorm together and then even move into smaller sub group breakouts. All assisted by brilliant technology. Webinars and webcasts are also part of our organisational landscape. But can you really ignite human behavioural change from the other side of the world?
17 March 2020 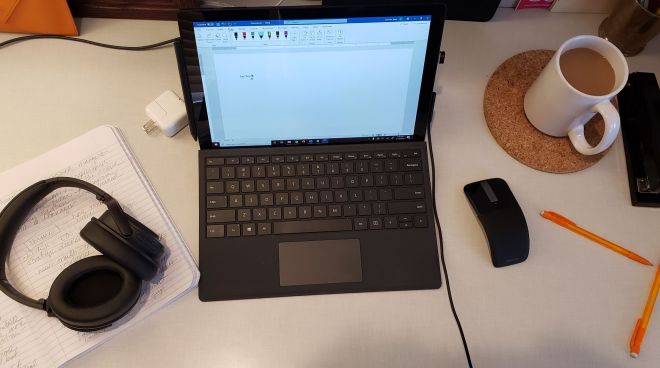 Virtual Working - Going from saying NO, I can’t and I don’t want to – to Saying YES! Learning and always improving our practice for our benefit, and the benefit of our clients
16 March 2020 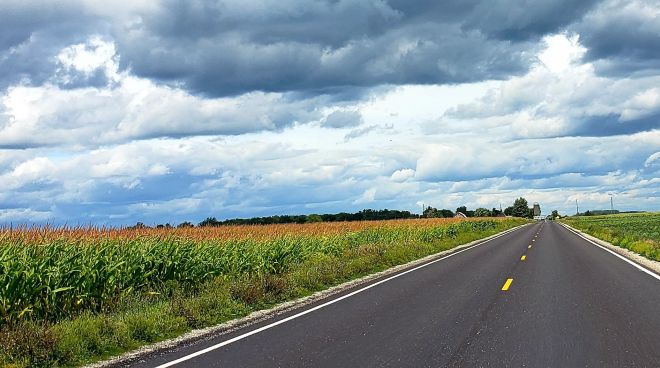 Leading for Agility – Being Open, Letting Go and Diving In

Different conversations and experiences about leadership for agility: Being Open: Make data and information available so that people can explore it individually and together to generate new insights and experiments for action. Letting Go: There is a legitimate need for good governance and ensuring enough focus for activity. Diving In: Be part of the process; get engaged in and excited by the possibilities and opportunities.
09 February 2020